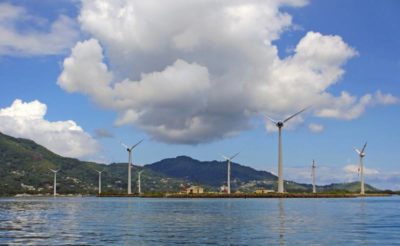 The Indian Ocean Commission (IOC) with the support and funding from the European Union (EU) is set to organise a regional forum on sustainable energy. Seychelles is expected to be represented at the forum by the Public Utilities Corporation (PUC), the Seychelles Energy Commission (SEC), Vertivertech and Seychelles Energy solutions.

The scene has been set for the regional forum that is due to be held from 28 to 30 May in Mauritius. The aim of the forum is to bring together countries in the region and to provide a platform to promote the exchange of expertise and good practices and to build solid linkages between the various stakeholders in the region. The ultimate goal of the forum is to facilitate access to sustainable forms of energy for the population within the Indian Ocean region.

There are, of course, benefits in moving towards a greener future. In fact, in his State of the Nation address earlier this year, President Danny Faure announced that the country “urgently needs solutions that are cleaner, more sustainable, and more cost-effective.”

Recently, there has been an undeniable rise in the tariff of electricity in the country. A small comparison between your electricity bill of this month and last would exemplify this. Is achieving a 100% renewable energy in Seychelles the solution to bring down the cost of tariffs for the consumers?

According to Mamy Razanajatovo, Principal Officer for Energy Planning at the SEC, “The ideal would be of course achieving 100% renewable energy in Seychelles, but this is an ideal, realistically this is only achievable in the long-term.” In terms of tariffs he noted that introducing renewable energy at home can be beneficial in the long term.

A lot of emphasis is being placed on people to migrate towards the use Solar PV system at home to generate electricity and for water heaters. Mr. Razanajatovo, noted that despite these efforts, it is important to bear in mind that the initial costs to install this system at home is still high.

“Producing 1 kilowatt-hour (kWh) per 1 unit using solar PV system is much cheaper than using diesel. However it is not enough to say that solar PV alone is the main solution, it is important to remember the intermittency when using this technology, at night for example there is no exposure to the sun. In addition to this, it is important to bear in mind the economies of scale, that is, in order for this technology to be cost effective there needs to be large sizes of plants or a large number of people using it.”

Mr. Razanajatovo, added that the recent target for renewable energy in Seychelles, although not official, is now 25% by 2030.
There are economic benefits in moving towards the use of greener sources of energy. Mr. Razanajatovo, noted that they have received well above 20 investors have already expressed their interest to invest in this area. He pointed out that the Seychelles Energy Commission have worked to ensure that they have in place all the necessary regulatory framework.

The government is also encouraging the private sector to get involved and calling on them to invest in the renewable energy sector. In his State of the Nation Address, President Faure announced that Seychelles will soon obtain new generators to produce electricity and they would be powered using Liquefied Natural Gas (LNG). “These generators are more efficient, more cost-effective in the long-term, and will reduce the cost of electricity production. It is also better for the environment, and aligns with our vision as a sustainable country.”

In this regard, he called on the private sector to assist government in formalizing the project which is set to cost around US$216 million.

There have been past investments by the government in the field of renewable energy in Seychelles. It can be recalled that in 2013, eight wind turbines were inaugurated in Seychelles, aimed to assist in the efforts to reduce the overall cost of electricity in the country. According to SEC, the wind farm contributes between 2 to 3% of the electricity generated on Mahé, thus helping to save fuel oil consumed by the PUC power stations.

Whilst the government has all these projects in the pipeline, the forum, which is the first of its kind to be held within the context of the IOC framework, will add on to the efforts. It is good to note that the Indian Ocean region is one of the regions of the world with the highest use of fossil fuel.

The forum will allow participants to come together and find meaningful solutions to curb the use of fossil fuel in an effort to attain the objective set out by the Paris Agreement to avoid dangerous climate change by limiting global warming to well below two degrees Celsius.

It would also avail to uncover potential for the private sector to get more involved at the regional level in implementing the objectives set.