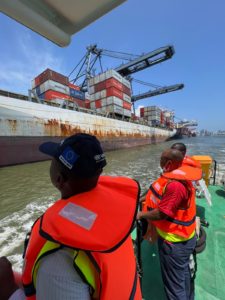 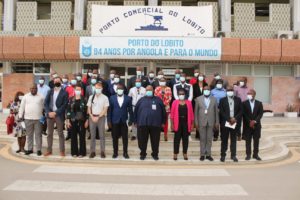 UNODC undertook several activities under the EU Programme on Port Security and Safety of Navigation during the last four months, including an introductory visit to Angola, eight weeks of training for law enforcement and port security officers in three countries and ongoing legal reviews.

From 17 to 28 January 2022, UNODC hosted a two-week training in Port of Mombasa, Kenya, followed by an End of Training Debrief and Inter-Agency Workshop for senior national level stakeholders on 16 February 2022.

From 21 February to 23 March 2022, UNODC hosted four weeks of training in Tanzanian ports, with two weeks in Mwanza and two in Dar Es Salaam. In addition, national stakeholders attended the End of Training Debrief and Inter-Agency Workshop in Zanzibar on 29 March 2022.

From 19 April to 2 May 2022, UNODC is conducting a two-week training in Port of Maputo, Mozambique.

UNODC visited Luanda and Lobito, the main ports of the Republic of Angola, from 11 to 14 April 2022. Both ports welcomed the delegation with introductory meetings with relevant authorities and stakeholders followed by a visit to the port facilities. UNODC is working together with the local stakeholders to set up the port law enforcement training events in Angola planned for November and December 2022.

In addition, UNODC CCP conducted a port assessment mission in Port Louis, Mauritius from 14 to 18 February 2022. The objective of the mission was to understand the risk management processes currently in place at the Mauritius Revenue Authority (MRA) and to assess the gaps and the needs in terms of training and equipment.